Wow. Star Wars: The Force Awakens has surpassed the $760.50 million record set by Avatar in just 20 days. This is an amazing feat that underscores the true fandom of this franchise. I enjoyed the film, but didn’t leave the theater nearly as enraptured as my fellow moviegoers. Having discussed the film with friends and fellow fans – they summed up their experience by saying:

“Yeah, its basically a quasi-reboot of Episode IV. You just have to decide how the film makes you feel.”

This sentiment… doesn’t sit well with me. Keep in mind I liked the film. I found the cast to be amazing. John Boyega and Daisy Ridley brought an excitement and chemistry that was sorely lacking in the prequel trilogy. It was great to see the classic cast again. And the mixture of practical and CGI effects reminded us how awesome the Star Wars universe truly is. 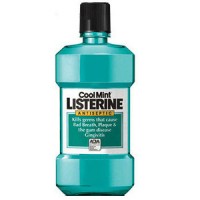 But were these factors enough to make this movie exceptional…No. The Force Awakens was Listerine. A needed rinse to wash away the bad taste left in a collective fandom’s mouth. But few seem willing to talk about any bitter aftertaste. And this does a disservice to the franchise and genre as a whole. Being honest, I give the film a 7.8/10.

We didn’t need a quasi-reboot. J. J. Abrams story was so derivative of Episode IV, I actually began to wince towards the movie’s conclusion. Say what you will about the prequels, but they were original stories. I have read very little in the way of constructive criticism about this blatant recycling of ideas. J.J. Abrams effort (or lack thereof) leaves me wondering. How much influence did the House of Mouse have in his creative process?

I made a similar argument with Disney’s lackluster Iron Man 3. But Jason, Iron Man 3 was an undisputed financial success. Yeah, that’s true. But financial success isn’t the yardstick you want to measure quality with. If so – you end up with Michael Bay being the Martin Scorsese of our generation. Something that’s simply not true. You can check IMDb, Rotten Tomatoes, or Metacritic. Iron Man 3 scores significantly worse than any of its predecessors.

But despite the dip in quality and the bad reviews – many still ardently defend the movie. This brings me to the point of the post. Can fandom be objective? Are we capable of being critical of a movie starring Robert Downey Jr. or produced by Marvel / Disney? 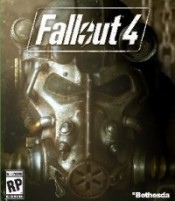 Similar struggles for objectivity have occurred in the gaming world as well. The much anticipated Fallout 4 was a recent example. IGN, Gamespot, and Metacritic gave the game glowing reviews. However, Giant Bomb’s Jeff Gerstmann had the “audacity” to give the game 3/5 stars (PC version 4/5). And justifiably so, given the glitches, diluted dialogue options, and ho-hum graphics still present from Fallout 3.

Its fine to find fault with a review or have a differing opinion. You just need to be honest about it. This proves to be problematic for some. Rooster Teeth, quite shamefully, attacked Gerstmann while wearing Pip-Boys supplied to them by Bethesda. Not exactly a display of unbiased media. And again, this doesn’t provide the constructive criticism necessary to force Bethesda to address issues with their games.

My point is this. We aren’t just sci-fi / fantasy fans. We support these various shows, books, games, and movies financially. This makes us patrons. This media can’t exist without our support. If we don’t hold these genres to any standard – they’ll inevitably go the way of bad abstract art. We’ll be told the mediocre is masterful, all the while knowing it’s a lie.

Go see the Force Awakens if you haven’t yet. It’s a big, fun film you’ll enjoy. But be a real fan and be honest about what you think. Being mindlessly supportive of something doesn’t make you a fan. It makes you a fanatic or a connoisseur of overpriced trash.