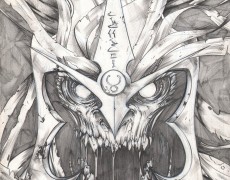 These are perhaps the coolest images of Iron Man and Mumm-RA I’ve ever seen. Jimbo Salgado is a comic book artist hailing from Valenzuela, Philippines. He fell in love with comics and began to develop his craft during high school. Mr. Salgado continued his education in art by graduating from the University of the East.  He majored in Advertising Arts. This degree served him well and he quickly found work in his field. 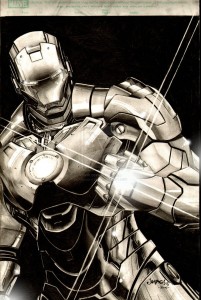 Mr. Salgado was employed by ToonCity Animation Inc, Topdraw Animation Inc, and ABS-CBN Broadcasting Corporation. He often worked on animation and layout projects. After working professionally for a number of years he began teaching his skills in art classes held in his hometown of Manila. During this time, Interactive Arts Services employed him as a storyboard penciller. He contributed to the creation of TV commercials and adds.

Jimbo Salgado is interested in metal music and video games. Some of his favorite bands include Deftones, Tool, and Lamb of God. He loves strategy and role-playing games. One of his favorite characters is Pikachu from Pokémon. I find this interesting given the more brooding and brutal characters he illustrates.

Currently, Mr. Salgado is providing cover art for several high-profile comic book characters such as Judge Dredd and Batman. He is a regular cover artist for Zenescope Ent and Transformers. His work is often visceral and intense. I especially enjoy his use of shading and shadow.

You will have a nerdgasm when you visit his gallery at deviantArt.