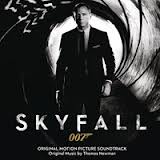 There are many reasons why “Skyfall” is already considered one of the best James Bond films to date. But the driving force behind its success is resonance. Daniel Craig’s performance brought a needed degree of genuine humanity to Ian Fleming’s famous spy. Over time Mr. Bond slowly became more of a concept than an actual character. An unflappable English spy armed with the perfect improbable gadget for any occasion. A man whose gorged himself on sex for dinner and death for breakfast for decades. 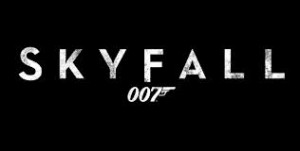 However, maintaining this cliché did a poor job of showing the true human cost of living a life of continuous intrigue and danger. Moments of genuflection or mourning were rare occurrences for Bond in previous outings.  They became more prevalent during Pierce Brosnan’s missions as 007.  Still, nostalgia placed limits on the character. It prevented the type of story telling audiences began to crave.

Then “Skyfall” arrived and presented us with the most fleshed out Bond yet. After a mission goes horribly wrong in Turkey, a wounded and disillusioned 007 descends into alcoholism. The only thing dragging Bond out of the bottle is his loyalty to England and M (wonderfully played by Judy Dench). James gets briefed at the new M-I6 headquarters and is evaluated to see if he’s fit for duty. So it’s right back into the fray, right? 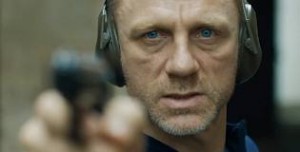 The physical toil of his injuries, the deaths on his conscience, and lingering doubts have maimed 007. His haunted blue eyes clearly display his physical and psychological pain as he struggles to complete the evaluation. This is the honest storytelling that’s been lacking in so many previous installments. Every man gets beaten down by life at some point. Inevitably the years make us question our choices and resolve to continue. This message couldn’t be any more relevant given the times we live in.

The other cornerstone of Skyfall’s success is the relationship established between M and 007. Judy Dench’s M has showed clear maternal leanings in her dealings with Daniel Craig’s Bond. This is visible when she clears Bond for duty even though he failed the evaluation. She recognizes his need to prove himself once more and needs her champion as M-I6 falls under scrutiny after the botched mission in Turkey.

Skyfall also points out that Bond is an orphan, though no details are revealed behind his parent’s deaths. There’s no mistaking 007’s gesture in bringing M to his ancestral home in Scotland, Skyfall Manor. This provides James with a familiar ground to protect his surrogate mother from their enemies. The banter between them in preparation for the upcoming siege is humorous and touching. And then as the smoke clears from the final conflict we witness something incomprehensible. James Bond crying.

Skyfall gives us a reason to be emotionally invested in James Bond. Audiences can relate to a character fighting to keep their edge. They can sympathize with someone displaying emotion when faced with familiar adversities. The marriage of character development with classic genre elements is what makes Skyfall such a great experience. Will Daniel Craig eventually be the number one Bond? I think so, but such statements are good fodder for debate and trolls.

So? Who’s your favorite Bond so far and why?