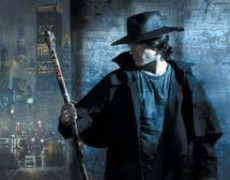 Given the success of the Harry Potter and Lord of The Rings franchises – I’m surprised by Hollywood’s reluctance to produce more magic and urban fantasy themed films. Jim Butcher’s The Dresden Files is a great candidate for a big screen production. Dresden stories incorporate many of the popular fantasy elements associated with established franchises. There are key elements necessary to make sure such an endeavor is successful. 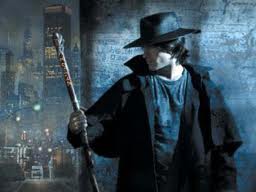 Writers! You need a quality core of writers who’ve read Jim Butcher’s novels and appreciate his work. Also you need screenwriters who excel in writing dialogue within the realm of Urban Fantasy. I can’t advocate enough the writing team of the hit TV series Supernatural. How awesome would it be to have Eric Kripke, Ben Edlund, and Sera Gamble writing the dialogue and scenes for a Dresden Movie? Whatever writers are chosen – they must have similar credentials in order to make the movie work.

You also need a director with vision and familiarity with themes of magic and the supernatural. Now in a perfect world I’d love to see either Peter Jackson or Guillermo del Toro helm a Dresden film. However, suitable alternatives would be Rupert Sanders (Snow White And The Huntsman) or Jon Turteltaub (The Sorcerer’s Apprentice). But it has to be someone with passion for the material. Peter Jackson is a huge fan of J.R.R Tolkien’s work and the results speak for themselves.

And at last some suggestions for the cast. Many of my choices came from varied lists posted on: Faust’s Fantastically Fantasmagoric Forum

Jared Padalecki as Harry Blackstone Copperfield Dresden. I love this choice for several reasons. This genre is nothing new to Padalecki. Sam, his character on Supernatural has faced down vampires, demons, and the devil himself. The ability to draw an audience is another advantage Padalecki brings to the table. Being a talented actor with a large fan base, he can attract audiences new to the Dresden universe.

Sarah Michelle Gellar as Detective Murphy. Another veteran of urban fantasy with her run on Buffy The Vampire Slayer, Gellar is badass enough to play Sergeant Murphy. She fits the characters physical description and I think she’d pair well with Padalecki.

Crispin Freeman as Bob The Skull. No actor can really play Bob the Skull since; well… he’s just a skull. So why not get an established voice actor to handle the role? Freeman can easily supply the lecherous and comical lines Bob supplies.

Adrian Pasdar as Gentleman Johnnie Marcone. Pasdar can display the quiet menace necessary to play the prominent crime lord in Jim Butcher’s world. The actor has played the role of anti-hero. He can easily duplicate the old world code of honor Johnnie Marcone uses to rule Chicago with an iron fist.

Julian McMahon as Victor “The Shadow Man” Sells.  Despite a lot of complaints from fan boys, I enjoyed his rendition of Doctor Doom. McMahon knows how to play a villain after also holding the role of Belthazor on the series Charmed.

These are just a few suggestions I have. I do hope one day Jim Butcher’s work gets the attention it deserves, regardless of a movie ever comes out. If you are a fan of the series, please feel free to post any suggestions or comments about a future Dresden film.