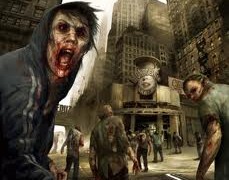 Marc Siwak is an entrepreneur trying to raise money to buy or lease abandoned property in Detroit. His plan is to create a zombie apocalypse style theme park. Much of Detroit is filled with depopulated and abandoned neighborhoods due to economic collapse. On the surface, this is a unique way to utilize vacant property and create jobs. However, there is some controversy surrounding this proposal. 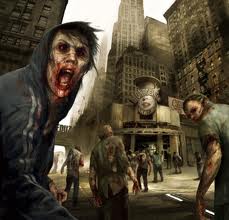 Members of Detroit’s Planning and Development Department refuse to advocate the creation of the zombie theme park. Though the city’s blight issue is well documented, they believe there’s better ways of approaching urban re-development. Is it likely that this will change?

“No. And the city has no additional comment on this proposal,” mayoral spokeswoman, Naomi Patton said in an e-mail.

So why all the resistance? A popular attraction means jobs and much needed revnue for the beliguered city. The idea has already taken root in Atlanta. An abandoned truck stop in that city was converted into the “Atlanta Zombie Apocalypse”. Visitors there can flee from undead or fight them off with paintball guns.

But Detroit’s situation is different. Would be zombie slayers will run through a neighborhood made vacant by economic distress. The loss and despair experienced by families would be exploited by a developer to make money. In all likelyhood, minimum wage “zombies” will get gunned down by those willing to pay admission.

There are legitament arguments for and against Siwak’s endeavor. While I find the idea intriguing, I still believe it’s in bad taste. Converting a truck stop is one thing, but turning a derelict neighborhood into a zombie infested playground is another. Zombies can’t save us from poor economies and government. We need to save ourselves.