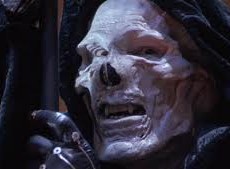 The villain. The fulcrum on which a great fantasy story rests. This statement’s validity is apparent to those who’ve enjoyed the recent film adaptations of famous fantasy stories. Rarely is the protagonist more interesting than the villain. The hero provides us with the perspective in which to view the story. However, it’s a good villain who creates conflict and determines how the hero’s world is shaped. 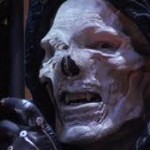 A prime example of this can be found in the J.K. Rowling’s, Harry Potter novels. Harry’s character lacks relevancy without Voldemort. If the dark lord doesn’t kill Harry’s parents, chances are he becomes just another average student at Hogwarts. The remaining villains may threaten the Hogwart’s crew, but they lack Voldemort’s power and gravitas. We see the world through Harry’s eyes, but its Voldemort who makes it interesting. Ralph Fiennes did an excellent job brining this character to life on the big screen.

Another, albeit unorthodox, example is Darth Vader. The famous villain of Star Wars stands out in three distinctive ways. Vader is a fallen hero. He was once Anakin Skywalker, a famous Jedi and war hero before he succumbed to the dark side of the force. The second reason is that Vader fathers Luke Skywalker, the protagonist of the saga’s second half. And the final reason is James Earl Jones. Isn’t it ironic that one of the most memorable roles is cinema history is played by a voice actor? Can you imagine anyone else voicing this iconic villain?

But my hands down favorite is Frank Langella’s Skeletor from the 1987 Master’s of the Universe film. Langella surprised many by stating it was one of his favorite roles. And you can tell. The actor’s lines are spoken with enthusiasm and his mannerisms capture the essence of the villain. “Oh, I ache to smash you out of existence! To drive your cursed face from my memory forever!” This is just one of the many great lines the actor delivers. Through all the cheesy 80’s synthesized music and acting, Langella’s Skeletor steals enough scenes to make the movie worth watching.

But these are just a few examples I have. What suggestions would you make? Feel free to leave a comment.