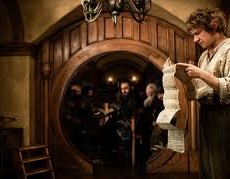 Fantasy fans return to Middle Earth this winter when Peter Jackson’s, “The Hobbit” hits the big screen. The two-part movie based on J. R. R. Tolkien’s book will tell the story of Bilbo Baggins.  Along with Thorin Oakenshield and twelve other dwarfs, Bilbo will attempt to liberate The Lonely Mountains of a fearsome dragon named Smaug. Given these films highly anticipated release, what should be the next big thing for fantasy? 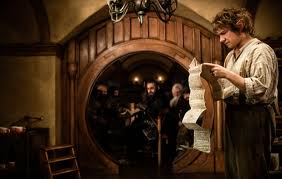 The Shannara series written by Terry Brooks is prime material for a movie trilogy. Being Tolkien’s literary successor, Brooks’ stories are very similar to “The Lord of the Rings”. Being able to see the druid Allanon, the keep Paranor, and the downfall of the Warlock Lord would make for a great cinematic experience. With the proper director and set design, “The Sword of Shannara” is summer blockbuster material.

Robert Jordan’s, “Wheel of Time” series is another excellent candidate – though I believe it would need the same treatment as George R. R. Martin’s,  “A Game of Thrones”.  A long, multi-season show on HBO is the only way I see this massive story being told in a way that would do it justice. With so many factions and interesting characters, Wheel of Time is another no-brainer for Hollywood.

When graphic novels are considered there are a plethora of movie and television worthy stories. “Locke & Key: Welcome To Lovecraft” would make another great series for HBO to run with. Arvid Nelson’s, “Rex Mundi” was being considered for a movie with Keanu Reeves playing Dr. Saunière. Even with some of its thunder stolen by the copy cat novel, “The Da Vinci Code” – Rex Mundi’s revisionist storyline of Europe is still interesting enough to attract movie goers. And then there’s always Neil Gaiman’s “Sandman”. Especially with the new mini series coming out in the fall. But again one must ask, who the hell would play Dream of The Endless?

These are just a few of my suggestions. Please feel free to comment or leave your own.