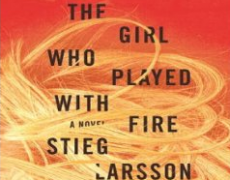 The Girl Who Played With Fire is Stieg Larsson’s sequel to The Girl with the Dragon Tattoo. The story is an enthralling murder/mystery starring the series dynamic protagonist – Lisbeth Salander. In this installment Lisbeth is faced with a deadly enemy from her past named Zala and blamed for the murder of two Journalists. The murder victims were working with Mikael Blomkvist to expose perpetrators of Sweden’s sex trade. Blomkvist owes his life to Salander. He adamantly believes in her innocence – even as the country is inundated with headlines proclaiming her a psychotic killer.

There are several viewpoints in this story. We see the investigation aspect of the murder. Officers of the Ministry of Justice relentlessly search for leads to Lisbeth’s whereabouts. There are henchmen working for the mysterious Zala, especially the intimidating killer known as the “blonde giant” who pursue Salander. And through Blomkvist’s perspective – we see his frustrated efforts in trying to uncover the truth with only the cryptic clues Salander leaves on his hacked computer. 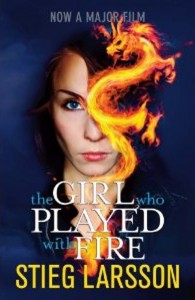 And then there’s Salander herself. Her unflappable will and determination are evident every time she makes an appearance in the novel. Salander is the modern day version of Sherlock Holmes. She possesses a unique ethical code, photographic memory, and is a world renowned computer hacker. What I admire about Lisbeth’s character is her believability. She doesn’t perform miraculous acts of martial arts or gunplay. Her primary weapon is always her incredible intelligence.

I’m surprised she hasn’t been adopted by the Feminist movement yet.

The Girl Who Played with Fire is fast paced and the characters for the most part are intriguing. Some of the minor characters were unnecessary and could have been omitted altogether. But that’s a negligible comment. There is a reason this novel is an international bestseller. It is damn well written. For those who love a good mystery novel or for those looking to break into the genre – this is a great series to start with.