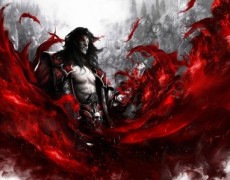 Castlevania is one of the most long lived and beloved video game franchises in existence. It debuted back in 1986. Since then it has captivated gamers with its ongoing story of the eternal struggle against Dracula. Castlevania is unique. It’s characters and stories have developed much further than other era specific titles like Zelda or Metroid. And with the success of the Lords of Shadow games – I’d love to finally see a movie adaptation.

One of the most prominent features of this franchise has always been the music. A Castlevania movie needs to place the same emphasis on an excellent score. This is a period specific story. I believe a score works better given the games take place in medieval Europe. I nominate Oscar Araujo. The Spanish composer, along with the Bratislava Symphony Orchestra, have created remarkable music for the Lords of Shadow games. But we need to hear a killer rendition of Bloody Tears or Vampire Killer play while a Belmont is thrashing vampires. 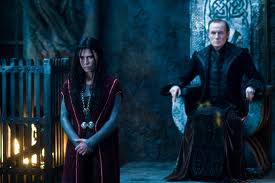 Choosing a director who understands the folklore and gothic elements of the series is crucial. My nod goes to Len Wiseman of the much underrated Underworld series. Wiseman‘s movies feature vampires. His sets have included derelict castles and ancient monasteries. Throw in production designer, Patrick Tatopoulos, and I have no doubt he can bring the world of Castlevania to life.

The plot? It would be very reminiscent of The Mirror of Fate game. The Brotherhood of Light informs Trevor Belmont that his father is Dracula. The being responsible for his mother’s murder. He departs shortly afterward, driven by shame and the need for vengeance. He warns Sypha (his wife) to leave with their son (Simon) if he does not return. Trevor storms Dracula’s castle and we have a tragic battle between father and son.

And now for the cast. 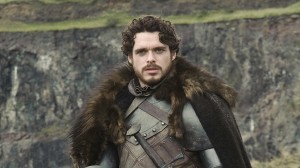 Richard Madden makes an excellent Trevor Belmont for several reasons. The actor supplied us with memorable performances as Rob Stark. The tragic hero of R.R. Martin’s The Game of Thrones series. We already know his accent works well for the role, he voiced Trevor in Castlevania Mirror of Fate! There is an eerie parallel between the two roles. Both heroes set out to avenge the wrongs done to their families. And this pursuit ultimately ends in their deaths…

I’d love to see Karen Gillan play Sypha Belnades. The sexy, Scottish actress carries herself with confidence. Castlevania has strong female characters throughout its installments. Sypha is a powerful mage and more than capable of fighting evil. This prowess went without display in recent games and should be highlighted in a film.

I like Kenneth Branagh as Rinaldo Gandolfi. The alchemist and weapon smith behind the creation of the combat cross. The weapon of divine retribution wielded by select warriors of the Brotherhood of Light. Given the unique properties of this weapon – having its creator describe its forging provides a bit of credibility to its power.

Derek Jacobi fills the role of Cardinal Volpe. An actor already familiar with Wiseman’s work – Jacobi can play the part of mysterious leader well. I liked his performance as Alexander Corvinus in Underworld: Evolution and think he could play the leader of the brotherhood well. 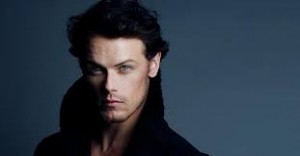 And finally we get to the most important casting choice of all…Dracula. In the past this character’s appearance in games wasn’t given much thought. Dracula was the villain and he needed to be slain. But we never got his side of the story – not until Lords of Shadow came out. For the first time we came to understand why he was so evil.

We discover that Dracula is indeed a Belmont, Gabriel Belmont to be precise. A hero whose efforts to save the world from monsters turned him into one. I like Sam Heughan for this part. He has the right physique and piercing gaze to play the lord or darkness. He possesses a commanding voice and I’d love to see how he plays off Richard Madden’s Trevor.

So these are my choices. Do you agree? Can you do better? Feel free to comment below with your opinions.