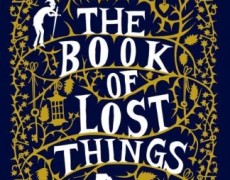 The Book of Lost Things is a poignant story written by John Connolly. Its main character is a boy named David. The reader learns early on that David’s mother is terminally ill. He often reads old stories to his mother in order to comfort and ease her suffering. These stories stay with David long after his mother’s passing. Eventually he begins to “hear” books speaking aloud and experiences seizure like symptoms.

Then the Crooked Man appears. 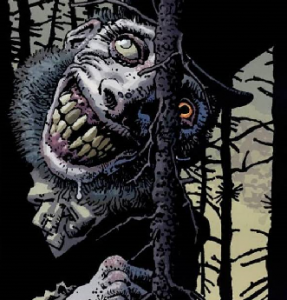 This malevolent being begins to stalk David. The young boy learns that the Crooked Man dwells near a small cave within the sunken garden in the backyard. One night, David hears his dead mother calling from the cave and enters. He emerges in a magical realm. But the details leading up to this event cause us to doubt what David beholds. Is he really in this realm or is this a delusion caused by another seizure?

John Connolly shows true mastery in how he layers stories within the novel. Many of the tales David has read are reflected in the magical realm. The characters he befriends are story tellers as well. The tales they weave are grisly affairs reminiscent of the Brothers Grimm. David’s adventure mirrors this. I was very surprised at the dark direction the story took. 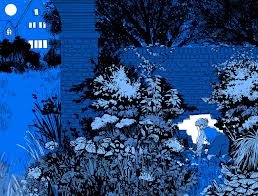 The Book of Lost Things By b-snippet

The novel’s beginning comes across as a period piece. The era is World War II and the setting is England during The Blitz. There is a lot of family and medical drama that established early in the book. This makes the transition into the fantasy portion of the novel all the more jarring.

But at its heart, The Book of Lost Things is about coping with loss. David’s adventure in the magical realm allows him to come to terms with his mother’s death. It also represents David’s loss of innocence as his ordeals hasten his transition into manhood. This growth is demonstrated throughout the novel and its conclusion.

This was a great read and I’m looking forward to enjoying more of John Connolly’s work.