I’m all for clever re-imaginings and artistic license. But NBC’s Dracula is an odd take on Bram Stoker’s tale. I can’t make too many judgments about a show that’s just premiered. But watching this felt like a freight train full of quirkiness hitting a brick wall. With so many novels and movies starring fanged creatures of the night, this show needed to be distinctive. And it is…just not in impressive ways. 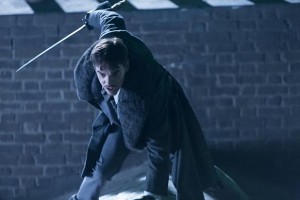 Dracula’s alias is the jarring, first reason. In this rendition he is an American entrepreneur, Alexander Grayson. A man who wants to offer wireless energy to Victorian England. Dracula (Tony Starkula, more likely) is trying to end the Order of the Dragon’s stranglehold over resources by offering alternative energy. His motivation for doing this is revenge – given the Order was responsible for killing his wife centuries ago.

Could anyone have come up with a more contrived and unnecessary method of revenge? Dracula is an immortal monster capable of raising armies of vampires. Toppling someone economically seems…out of character to say the least. And why does Dracula have a Samurai sword?

The second blasphemy/reason was Van Helsing. I know it’s a different take on the mythos, but so much is lost by making him an unlikely ally of Dracula. Much like Holmes and Moriarty or Ahab and Moby Dick – these two work best when trying to destroy one another. Somehow the writers have to make the Order of the Dragon a greater evil than Dracula. It’s the only reason Van Helsing would aid Dracula.

A greater evil than Dracula…starting to fade here. 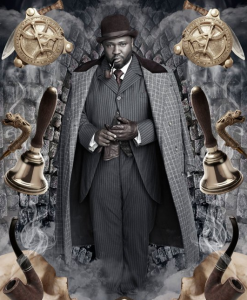 There are some selling points for me. I think Jonathan Rhys Meyers makes for a decent Dracula. This would be improved sans the horrible 19th century American accent. I thought Renfield’s re-imagining was logical. Why would Dracula bother having a deranged lunatic as a henchman? Having Nonso Anozie play this role adds a bit of needed diversity, too.

The rest of the cast is excellent. I love Katie McGrath. She did an amazing job playing Lady Morgana in BBC’s Merlin. The sets are impressive and the costume design is spot on. NBC also released an animated feature called Dracula Rising that shed’s some light on their version of Dracula’s origin.

Despite this, I think the show will need to work hard to weave a compelling story. I want to be more supporting of this endeavor, but the first episode didn’t leave me wanting more. If you are going to break the mold – you better have some great characters. Fox’s Sleepy Hollow demonstrates this rule wonderfully. Watching Ichabod fumble his way through the 21st century besides the stoic Abbie Mills is fun. Watching Dracula try to crush his enemies via boardroom is not.