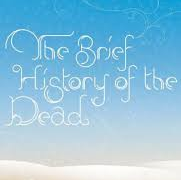 “The Brief History of The Dead” by Kevin Brockmeier is a haunting tale. It describes a world utterly decimated by a mysterious virus. Those who succumb to the virus appear in an afterworld similar to our own. But there is an eerie connection between the realm of the living and the dead…

Brockmeier weaves two different threads that come together towards the story’s conclusion. Through the perspective of the recently departed, we come to understand this afterworld. The second thread involves Laura Byrd, a zoologist sent to the Antarctic by the Coca-Cola Company. 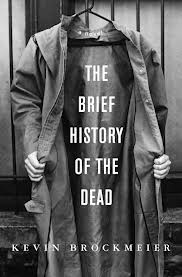 Laura Byrd is definitely a tragic figure. As the world’s population gradually succumbs to the virus, she is left stranded alone in the Antarctic. Kevin Brockmeier is both cruel and clever in placing this character in such a desolate location. He does an amazing job in describing the mania, tribulations, and suffering this poor woman endures.

Brockmeier relies on the perspective of supporting characters to tell his story, instead of excessive narration. These characters provide a lot of great moments. The Brief History of The Dead is also satirical. Learning how those responsible for the outbreak kept it a secret, even in the afterlife was humorous.

This is a story that sticks with you. Brockmeier’s achievement is providing an explanation that only begs another question. What happens to those souls who depart the afterlife?