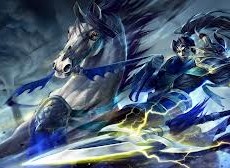 Michal Ivan is a digital artist hailing from Bratislava, Slovakia. He was born there in 1982. He graduated from the Academy of Fine Arts and Design Bratislava. He works as a freelance illustrator specializing in fantasy and sci-fi art.

Mr. Ivan’s illustrations have appeared on everything from album and comic book covers to cards and fantasy games. He has worked for such companies as Top Cow Comics, Fantasy Flight Games, and Blizzard. Michal Ivan was the concept artist behind OverLord: Dark Legend. His work is also predominately featured in the massively popular online game, League of Legends. 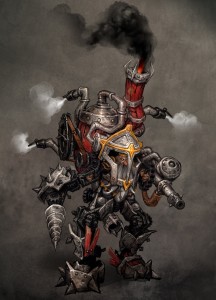 His work has been featured in several art publications such as The Big Book of Contemporary Illustration and Fantasy Art Now. Mr. Ivan typically uses Photoshop and Wacom for his art projects. When he isn’t creating art, he enjoys reading novels by Neil Gaiman, Chuck Palahniuk, and Arthur C. Clarke.

You can view his gallery on deviantArt.
Ivan has his own website: http://michalivan.net/