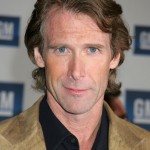 The hatred of Michael Bay needs to stop. The prolific director’s Transformers trilogy and his upcoming work on the new Teenage Mutant Ninja Turtles movie have fan boys in an uproar. Their accusations of ruined childhoods are as melodramatic as they’re unsubstantiated. Even if Michael Bay had ruined someone’s childhood – whose childhood did he ruin?

What generation can claim emotional damages from Bay’s work? Are the G1 series fans the most traumatized? What about those who enjoyed the controversial 1986 animated film – are they scarred by the image of a Peterbilt Optimus Prime? And how about those Beast Wars fans? Are they in group therapy sessions over the fact that Bumble Bee was a Chevy Camaro in the live action films? Are fans of the Transformers Armada and Animated series even considered victims of abuse?

Well, I’m here to acquit Michael Bay of these trumped up charges. It may be trendy to hate something in pop culture (enter pre-requisite twilight barb here), but only if its deserving of such disdain. In the case of Bay’s Transformers trilogy, that isn’t so. 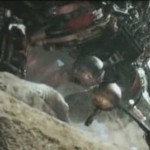 Admittedly the director has accommodated the lowest common denominators amongst audiences. Megan Fox was eye candy. Shia LaBeouf was the standard male protagonist with a bit too much screen time. Bay also had Jazz killed (minorities always die first) and he had the balls well…to put balls on devastator. Michael Bay never aspires to high concept art. But this doesn’t mean he got it all wrong.

TheTransformers fans who saw the films did so for one primary reason. They wanted to see live action transformations of Optimus Prime. We got that. Peter Cullen (not to be mistaken with Edward Cullen) voiced the great autobot leader and even recited the epic “one shall stand and one shall fall” line. Beast Wars enthisiasts got to see Scorponok. And fans of the animated 1986 film got to hear Leonard Nemoy voice Sentinel Prime.

So why are so many Transformers fans still claiming to be victims of the Bay films? Attention. Like those internet bridge trolls who claim to be walking bastions of fandom – they only want preferential treatment. Just because you were there for the G1 series, doesn’t mean you have more clout than those fans who came after. Nor does it mean new installments or revisions in the franchise must strictly adhere to what fans of any specific series feels is cannon.

When Michael Bay begins filming the new Teenage Mutant Ninja Turtles (TMNT) film – just whose TMNT will it be? The Eastman and Laird’s version? The 1986 animated series? The live action films which came out in the late 90’s or the most recent animated series that aired in 2003? I remember laughing at the “outrage” of fans when it was annouced that Bay was planning on making the turtles aliens. Because four pet turtles who happened to fall into the sewer and just so happened to crawl into radioactive ooze is more plausible than aliens. Right.

This isn’t a strech people. We already have aliens mentioned throughout the history of the franchise. Krang was an Utrom, an alien being resembling a talking brain. In the lastest animated series – the shredder was actually an evil Utrom as well. So Bay’s annoucement is hardly controversial when put into context of what’s already been established by the franchise. And what about contributary negligence? Isn’t Bay just following the guidelines of what Hasbro and Nickelodeon will allow? Why aren’t fanboys eagerly petitioning the franchises if there’s been such a miscarriage of justice? 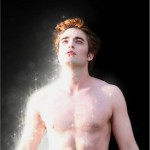 I find Michael Bay innocent of all allegations of ruined childhoods at this time. If the Ninja turtles end up being killer clowns, we can revisit this debate. And by the way – wasn’t Transformers Prime, the new animated series, a spin off from the Bay films? And doesn’t it include the original voice actors from the G1 series? Sorry fan boys, but this is an open and shut case – and what do you really have to be so angry about? At least your favorite characters don’t sparkle now.