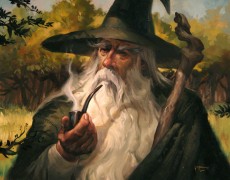 Lucas Graciano is a talented fantasy artist hailing from Southern California. He has a large list of famous clients including Sony Online Entertainment, Blizzard Entertainment, and Wizards of the Coast. Lucas enjoys traditional art styles utilizing oil paint. Many of his works are oil on masonite. He is particularly talented in employing gouache techniques to add exceptional shading and dimension to his work. 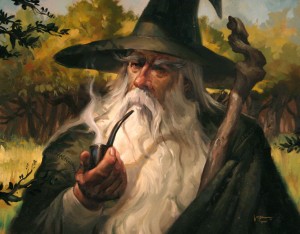 Lucas is a disciple of the Watts Atelier of the Arts school. Mr. Graciano started as a student there in 2001 and began teaching his own workshops in 2005. In the studio environment of Watts Atelier, he instructs students of varying levels in the fundamental skills necessary to be a well-rounded artist. You can view the schedules for his workshops on his blog.

Garciano’s galleries are filled with images of warriors, monsters, and magical beings. Lovers of fantasy will undoubtedly recognize some of his pieces. His art was recently featured in Magic The Gathering and the Pathfinder RPG. I’m a fan of his “Absinthe Fairy” as well.

I highly recommend you visit his gallery on deviantArt.

You can also catch up on his latest creations by follow his blog: http://lucasgraciano.blogspot.com/