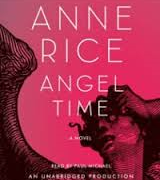 Angel Time by Anne Rice is a departure from her previous work. In the past, Anne’s characters struggled with the fact that their very existences were irredeemable. Characters like Lestat fought against their innate evil, but were doomed to live with it. This new novel reflects Anne’s Christian conversion and offers her protagonist salvation. This is a surprising change for those who follow Anne’s work.

The story is based on a man named Toby O’Dare. The character is a contract killer fallen into despair after the completion of his latest assignment. In this moment of utter melancholy an angel named Malchiah reveals himself to Toby. The angel informs Toby that God has forgiven and is offering the hit man employment. Through Angel Time, a method of time travel Malchiah uses, Toby is brought to the past where he must use his skills to save lives instead of taking them.

Anne tells this story with the same flowing descriptions we are accustomed to reading. We can vividly see the ruins of San Juan Capistrano, the opulence of the Mission Inn. What impressed me the most was how she explained Toby’s tragic past, particularly the event that caused him to turn his back on God. I can’t remember a scene in any of Anne’s previous works with such a strong emotional impact. 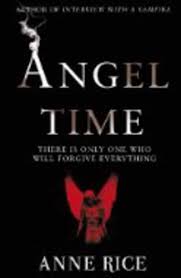 What troubled me about the novel was how “easy” Toby’s redemption is. I don’t come from a strong Christian background. The idea that God can simply forgive you no matter what you’ve done is a bit jarring for me. I would have liked the book to have been a bit longer, too. Half the novel is spent covering Toby’s past. I think some more danger during Toby’s time in the past would have generated a bit more suspense.

Toby O’Dare was not as engaging to me as some of Anne’s other characters. I am still accustomed to those evil, but utterly compelling vampires and witches she created. But the novel is definitely an enjoyable read. I am eager to see how Toby’s character develops in the sequel and what new adventures Malchiah will send his way.