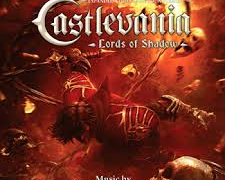 The Lords of Shadow official soundtrack is an epic piece of music. It was composed by  Oscar Araujo. He is a native of Spain whose developed music for movies and  advertisements. Oscar worked with the Bratislava Symphony Orchestra. These musicians were versed in many different genres of music – especially computer games.  These elements worked well together and created a memorable listening experience.

Lords of Shadow was released on October 5th, 2010.  Oscar Araujo and Lords of Shadow were nominees at the 2011 International  Film Music Critics Association. The categories were for Breakout Composer of the Year and Best Original Score for a Video Game or Interactive Media (which it won). But the game was not without controversy.

Many fans of previous Castlevania installments felt the soundtrack didn‘t include enough gothic or rock tracks. There were also complaints that it sounded like generic high fantasy music. I think this has a lot to do with false expectation. Just because Lords of Shadow didn’t sound like Symphony of  The Night, doesn’t  mean it’s was inferior. 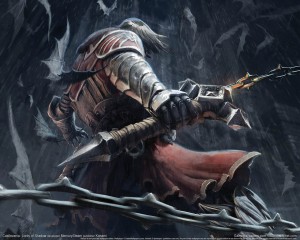 Lord of Shadow’s soundtrack was just one of many differences from previous Castlevania games. And that was the point. The game play and design elements were meant to take the franchise in a different direction. Oscar Araujo’s musical contribution ensured these changes were successful.

Naysayers eventually recognized the excellency of such compositions as the Belmont Theme.  Listening to this track will get anyone fired up to smite some monsters. It’s indicative of Gabriel’s resolve in the face of impossible odds. The Ice Titan theme is another favorite of mine. The frantic tone of the strings section really creates an impression of immenient peril and the horns provide a sense of the enormity of Gabriel’s colossal foe. And then there’s Waterfalls of Agharta. A very subdued and somber work that evokes a deep sense of loss and sadness.

Oscar Araujo’s work was so successful that he was chosen to craft the soundtrack for the sequel to Lords of Shadow. The Castlevania series has never been more dramatic with a Belmont being Dracula. For such an epic story you really needed a soundtrack that can conveyed such a journey into darkness. And Lords of Shadow delivered.