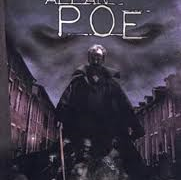 Jonathon Scott Fuqua’s In The Shadow of Edgar Allan Poe is stylized graphic novel. The artwork is an impressive blend of photography and digital illustration by Steven Parke and Stephen John Phillips. The lettering was done by Susan Mangan. Failing to mention the artists responsible for this visual stunning book would be a crime. 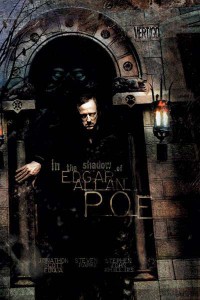 In The Shadow of Edgar Allan Poe begins with the discover of a long, lost journal belonging to the troubled writer. It chronicles his arrival in Baltimore and his initial failure in attaining notoriety as a writer. The story takes a turn towards the supernatural when evil spirits approach Poe and provide him inspiration. Are these dark muses figments of Poe’s troubled mind or actual demons? This is contested until the novel’s end.

Fuqua’s tale also took a controversial approach. A large portion of In The Shadow derives from the Obituary and Memoir of Poe that was written by Rufus Griswold. Griswold was one of Poe’s chief rivals and insinuated that Poe participated in a incestuous affair with his aunt, Maria Clemm. No evidence exists to suggest this was true. However, Fuqua uses this rumor to create an incestuous love triangle between Virginia Clemm, Maria Clemm, and Poe. 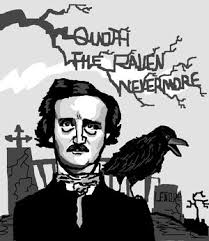 This was disappointing to many Poe fans and the reason I suspect the graphic novel failed to be as popular as it should have been.

But the possibility of Poe being tormented by demons, other than those residing within his own mind, was interesting. Some of the demons that appear throughout In The Shadow were sculptures created and photographed specifically for the graphic novel! There’s no denying the artistry that went into this project.

In The Shadow of Edgar Allan Poe is an engaging read. Fuqua cheapens his efforts at times, but this book is another worthy installment in the DC Vertigo library.